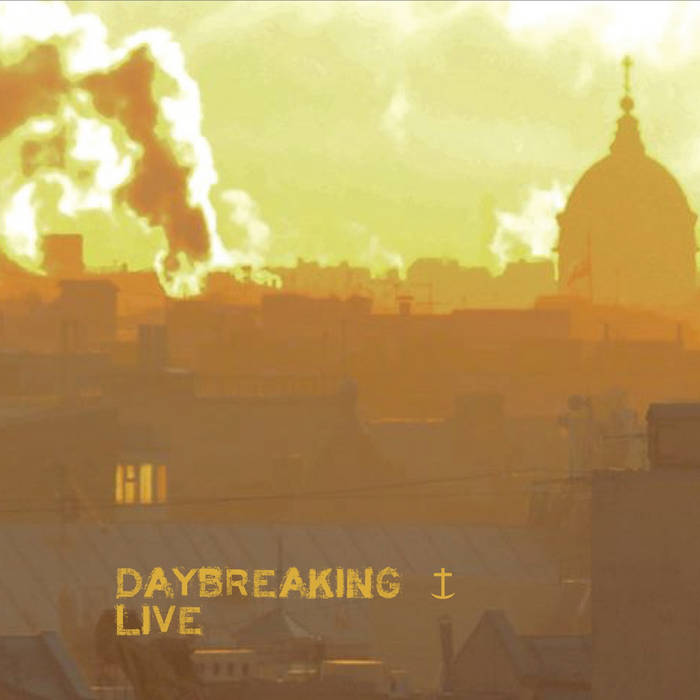 "When the sound quality and the performance of a live album are so good to make it sound like a studio album, it's amazing. This live effort of Roz Vitais has exactly that quality. ... Excellent live album from an excellent band."

"Roz Vitalis stylistically lie somewhere between chamber prog and art rock, and more than once remind me of Camel during their Snow Goose album. It’s music that manages to be dreamy and demanding at once. The production of the live album is good enough, and the lack of glossy production makes it a more honest listening experience."

"I find this to be one of my favourite of the live Russian prog albums that I've listened to and reviewed, taking the melodic sensibilities that form the core of this sort of music and then having everything feel much less like a jam and more like tightly structured, multifaceted compositions. I love how this album is able to comfortably convey so many tones as it progresses while rarely feeling as if it's missed the mark, ranging from pastoral symphonic prog pieces, to eerie atmospheric experiments to even incorporating vague elements of post rock into the mix during a couple of songs, making for a largely engaging album. While occasionally forgettable, I cannot deny that this is a high quality album with a lot of depth to it.

Best tracks: Wides, Nepsis, Fret Not Thyself Because of Evildoers

Verdict: A very worthwhile album overall in my opinion, covering a wide array of tone and atmosphere as the album progresses, leading the listener through a collection of wonderful tracks that almost never fail to entertain. Definitely an album I recommend to those who enjoy some good, complex instrumental prog."

"The band excels at crafting knotty difficult listening music that exists somewhere in between the angular world of avant-prog and the more accessible reaches of the symphonic prog world.

Laced with classically infused piano runs as well as more abstract runs through the avant-prog wilderness with hairpin turns and dissonant counterpoints, ROZ VITALIS crafts a beautiful string of eight tracks that captures the essence of its unique Russified stance on contemporary progressive rock music that sounds like no other. As with most ROZ VITALIS music, this too is instrumental and a testament to how excellent the musicianship of this band comes through in a live setting."

"Roz Vitalis continues to expand their studio and live discography making their band widely known not just in their native land, but worldwide. Their brand of RIO/Avant Prog has become a sound that is recognizable as their own, a mix of instrumental fusion utilizing a improvisational, yet melodic sound that is at once pleasant to the ear and at other times dissonant with occasional use of microtonal harmonies.
Their 8th live album 'Daybreaking Live', released in January of 2020, is probably one of their tightest live performances yet. Most of the tracks on this outing were composed between 2018 and 2019. There is also the addition of 3 tracks that come from a few of their past albums done in the same setting. The show for the album was at Babooinumfest in St. Petersburg (November 4, 2019), which is a mostly annual, progressive rock festival. The line-up is the usual bunch of talented musicians, namely Ivan Rozmainsky on electric piano and synth, Vladimir Semenov-Tyan-Shansky on guitar, Ruslan Kirillov on bass, Vladislav Korotkikh on flute and Evgeny Trefilov on drums.

The album opens quite appropriately with a moderate tempo on the track 'Wides' (8:26) which soon opens up into a faster tempo which brings up the intensity and excitement levels, getting the listener moving and involved in the music. 'Daybreaking' (5:57) on the other hand, slows things down to a more pastoral level with a softer sound and a lot of interaction between the flute and other instruments. 'Nepsis' (7:26) drives the intensity up several levels with a hard, driving guitar bringing in the more dissonant sound to the music. This is soon contrasted with the playful keys which twinkle around as they tease anger out of the guitar, creating some interesting textures. The music turns even more progressive and unpredictable when the flute comes fluttering around, then dark when an organ brings the guitar back in. By now, you have been exposed to several styles in only 3 tracks, and this is probably the best example the band has made of their dynamic style on their live albums.

Next comes the short, almost baroque sounding 'Loro Con Dolcezza e Cortesia' (1:34), a simple piano and synth duet. This transforms into the next track 'Fret Not Thyself Because of Evildoers' (6:54), which comes from their last studio album 'The Hidden Man of the Heart'. This takes the simplicity established on the previous track and the rest of the band continues to come in, as they do so, the intensity quickly builds as the theme is established and embellished. Rozmainsky quickly moves from organ to synth smoothly, and the guitar responds to the textural changes in the different keyboards. The music moves from soft to heavy a few times, always generating a great amount of pulse-pounding intensity, with the keys and guitar moving from melodic passages to dissonant sounds smoothly.

'Mother of All Rain' (4:17) comes from the 'Patience of Hope' album. This is a nice and soft track with the flute taking over again, but this time not in a pastoral feel as much as a 'smoother' jazz feel, probably the most accessible track of the set. About halfway through, the signature guitar sound comes in giving the track a more sinister feel and again driving up intensity. 'Strangers and Pilgrims on the Earth' (8:47) begins with a naivet' feel as a fugue style is brought in between the different keys and then interchanging with the guitar. This goes on for a while, then suddenly is interrupted by a sinister sounding guitar creeping in. Eventually the keys bring in the light theme again, but the guitar continues to generate the unsettling feeling underneath it all. The rest of the band comes and goes, bringing up the volume and then diminishing it again. At the 6 minute mark, the track changes direction as the drums become steadier and drive the song to a frantic new level and bringing in a variation on the main theme. The last track 'Psalm 6' ends the album. The track originally comes from 'The Hidden Man of the Heart' and is a concert favorite. It flows from a dramatic and progressive beginning to a quieter middle section and back again and can really ratchet up the excitement of the crowd.

This is definitely the bands best live album to date as the recording is top-notch and the bands transitions are tighter than ever. There is also a lot more variety on this album as the textures of each track are unique and variable. I definitely hear a lot of improvement in the bands sound on this album, at least in a live setting, as, at least for the most part, the sound is well balanced and the musicians are probably the tightest I have ever heard them. The band's time together has really made their sound much more cohesive and on point. There are a few times when this tends to slip, but for the most part, it is definitely one of their better live albums. Personally, I tend to have more issues with live albums and usually have a hard time giving them a perfect rating as I find it is always better to experience the live setting actually being there in the crowd. It's hard to bring that excitement to the recorded format. I'm not saying that it can't happen, because I have rated some live albums at the maximum rating before, but it is very rare. However, there is a marked improvement evident in this recording and, even though it is at 4 stars, it is in my opinion their best live album yet."

“Daybreaking Live” is the album recorded live at the Babooinumfest, the progressive rock festival organized by Sergey Gorchaninov and his band OT&DO. This album includes mainly Roz Vitalis’ newest stuff, composed, arranged and developed in 2018 – 2019. It is supplemented by three famous highlights of the band – “Mother of All Rain” (from “Patience of Hope’ album), “Fret Not Thyself Because of Evildoers” and “Psalm 6” (both from “The Hidden Man of the Heart” album). “Daybreaking Live” reflects Roz Vitalis’ striving for a spiritual, distinguished, driving, progressive, melodic and beautiful music. It is the most sophisticated and complicated live album of the band at the moment.

MANY THANKS TO THE UNAPPROACHABLE LIGHT