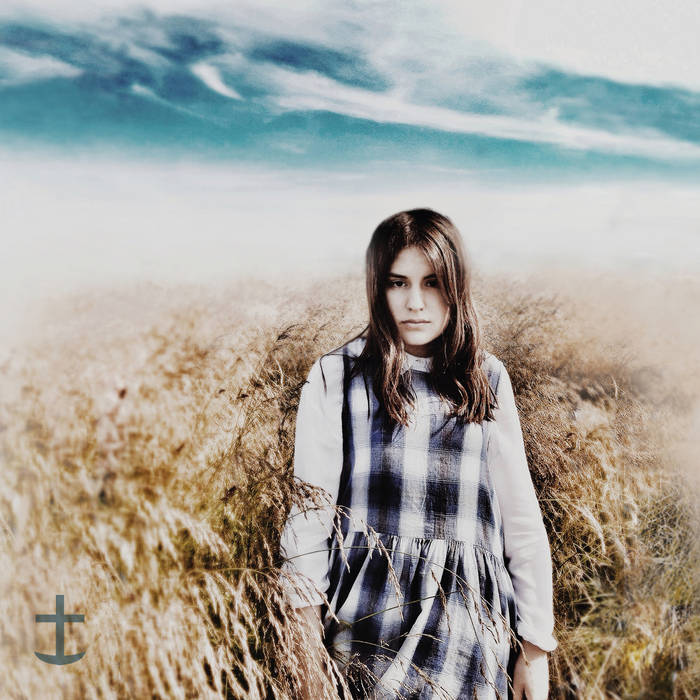 "... they mix and whirl the influences into a big melting pot creating some fantastically melodic instrumental rock."

"Lavoro D’Amore (Labour of Love) is a highly listenable amalgam of symphonic prog, modern classical, ethnic folk, with psychedelic touches and avant flourishes that will satisfy the avid prog fan who likes their listening to be demanding but ultimately satisfying."

"A nice mix of Symph Prog and Avant-Prog with some Prog Folk and Post Rock touches. Should appeal to many who enjoy the more instrumental forms of prog (specifically chamber prog and symph prog). Highly recommended."

"There is a lot of melody throughout this work and I am definitely a fan of melody. There are no instrument histrionics and there is nothing that speaks instrument virtuoso but the music is tight, melodious and enjoyable and I did find myself disappointed when the album ended as I was wanting more of it. "

"Ivan Rozmainsky's band Roz Vitalis has been churning out great albums of prog folk, chamber rock, and symph prog with amazing regularity since its forming in 2001 as a one man project, but now the band has gotten around to releasing something exceptionally marvelous. Built around a cascade of beautiful chamber minded prog folk driven by pretty flutes and piano, the album works its way through lush soundscapes towards sections of energetic symphonic rock that hold up the centre of the work."

"This is some kind of classical composition music that merges with art rock, art folk and symphonic prog. The result of this hybrid style is very pleasant and well composed music that has its main focus on the melodies that instantly hook you and sink their teeth into your ears. I was surprised when i put this on just how melodic it is and how much i love listening to it again and again."

"All music is instrumental, very rich and variable in sound and mood (you'll hear at least some classical and folk nuances, cinematic music and Post-Rock). ... For the most part I'm quite impressed by this unique album - released by an Italian label - and strongly recommend it to even very demanding friends of Eclectic instrumental prog.".

"Just like with the Gourishankar, another talented Russian band that is due for another release we hope, the unknown instrumentalists are first-rate and highly talented. Nothing of epic proportions, most tracks are in the 3 to 6 minute range, save the eighth track that is a tad longer, clocking in at 8 minutes and change. ... Highly original and infusing fresh ideas into a powerful mass is no mean feat and I am mighty impressed. Lot of love went into this work, hence the title!"

Beautiful instrumental music from this Russian band. Really mesmerising and dreamlike and yet with a hard underbelly, it caught my attention in a big way. Richly orchestrated and with a knowing aged honesty at its core, it is one that will open your mind and leave you in a state of wonder. Epic and Floydian in places and mind bending all over.

Stand out track – What Are You thinking

"... I found some musical influences in their very elaborated music. It obviously is very Progressive, but even with some Folk-Rock , Classical Music and Jazz-Rock music influences. The use of the flute brought me memories from JETHRO TULL, PFM and FOCUS. I also found some influences from BANCO DEL MUTUO SOCCORSO (particularly from the use of the trumpet in their "Di Terra" album) and in the heaviest parts in the album from KING CRIMSON (from the seventies `s line-ups only, in the last case). But despite all these influences they have their own musical style.
...
The music in this album is very interesting and varied, with a lot of melodies and rhythm changes. They also used some vintage keyboards, sometimes giving to the album a "seventies" sound. The recording and mixing is very good..."

"Roz Vitalis - Lavoro D'amore
A consistent, solid piece of symphonic and ecletic prog, not so avant-garde, but yes, it can be labeled like that sometimes. Shaking a bonanza hot crazy juice of things as acoustic folk and heavy rockin' passages, this multi-layered intriguing album deserves attention if you're looking for the real word "progressive rock" and how could it be nowadays. Fully instrumental, it carries a King Crimson touch in melodic organization format and sound. Very well worked, many instruments rising full of energy and skill to show up in neverending sequences of creative musical dreamscapes. The keys are the highlight of the album. Oh wait, everything sounds good. In fact, the album was based on keyboard compositions by Ivan Rozmainsky, the man behind Roz Vitalis curtains. The arrangement is pretty clever. Also, there's a trumpet which add a jazz feel sometimes for your listening pleasure. The album is already on their bandcamp, check it out!".

"Their music is richly orchestrated, the songs are brimming with ideas, never revealing to the listener what will happen next, and yet there is never the impression of chaos at work, but rather of master musicians weaving together an wonderfully varied prog rock epic. There is a definite folk component, and they are also no strangers to psychedelic, space and post rock, and although their sound has strong ties to the Seventies, there is enough unexpected things happening to prevent these guys from being a pure retro act."

"This was the ninth studio album from Roz Vitalis, released in 2015, and until I played it this was the only album of theirs that I hadn't heard from the previous ten years. Although the line-up has been through some changes here and there, by now it was relatively stable, being the same as it had been in 2012 with just the addition of trumpeter Alexey Gorshkov. Vladislav Korotkikh (flute) is also here in the band, and although there are no additional strings on this release, the use of woodwind and brass as key players gives the music additional dynamics and strength. The album follows the normal Roz Vitalis mix of modern classical with RIO and elements of krautrock, often (although not always) led and dominated by the keyboards of Ivan Rozmainsky. The music maintains the melodic continuity that one has come to expect, yet can also be challenging, but never in the way that feels oppressive or over the top as can often be the case with Art Zoyd or Can.

I found this yet another really interesting and fascinating work, with the use of trumpet often incredibly key to the feel of the whole piece, and there is certainly an impression of the guys playing in a circle, all looking at each other for the musical cues as to where to next take the music. The use of two guitars allows for more layering, certainly in a live environment, but there are complete passages where both guitarists seem to have laid down their instruments and have gone for a break, allowing piano, trumpet and xylophone to take over. The complexity of the arrangements, combined with the way the instruments have been set (the bass has a tone Chris Squire or Geezer Butler would have been proud of, at the right volume it can knock down buildings), would make one think that this is a hard album to listen to, but the experimental nature of the music is combined with melody so that it is instantly accessible and totally engaging. There is no doubt that Roz Vitalis are one of the most exciting and innovative bands coming out of Russia at present."

This album is in the list of Collaborators' Top Albums of 2015 at ProgArchives
www.progarchives.com/forum/forum_posts.asp?TID=105705

Like four previous full-length studio releases, "Lavoro D’Amore” album contains purely instrumental music. The sound in general is based on the keyboards by Ivan Rozmainsky who is permanent leader of the band, but drums, percussion, bass, electric and acoustic guitars, flutes and trumpet are also very important! This is the most “rockish” album of the band, and it was recorded completely without guests reflecting “concert power” of ROZ VITALIS. The style of "Lavoro D’Amore" – like any other ROZ VITALIS stuff – can be described as the "Unclassifiable Branch of Prog Rock". However, such tags as "Psychedelic Art-Rock" or "Between Sympho Prog and Avant Prog", are, perhaps, also partly relevant. Music of ROZ VITALIS is about The Ineffable and The Unfathomable. In particular, it is about human aspiration for The Unapproachable Light.

Lavoro D’Amore means Labor Of Love. What Are You Thinking About? What is it? Our answer is the following.
It is a metaphor of a person’s spiritual way. It is like a path from superficial knowledge to deepest insight. It is an analogue to the road into both the Unanticipated and Ascension Dream. It is a manifestation of both Need for Someone Else and Every Branch That Beareth Fruit. It shows space where There Are The Workers of Iniquity Fallen and Invisible Animals moved. It is a journey from sudden The Acknowledgement Day to Ending of the something very great.
It is just the Ostents of Love.

Very Big Thanks to
THE UNAPPROACHABLE LIGHT