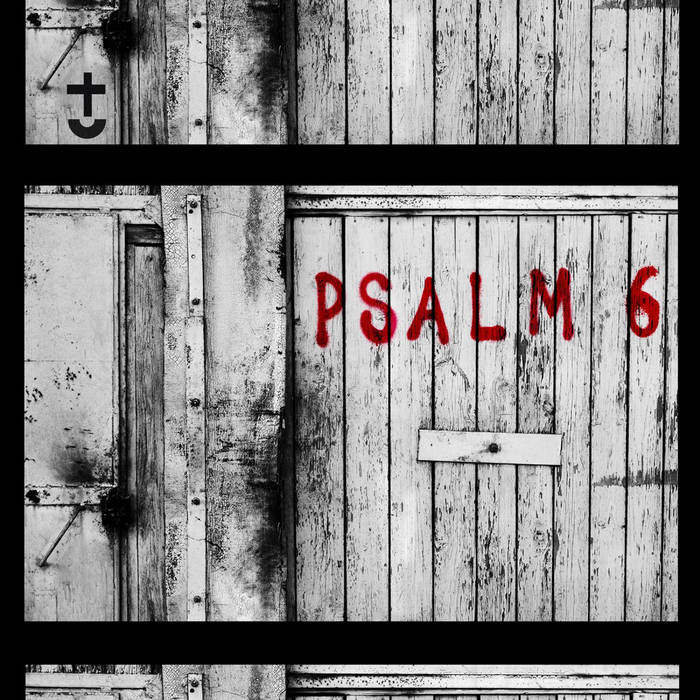 "There's no doubt that Rozmainsky is a fantastic composer, and has a real knack for creating serene, relatable sorts of moods."

"Keyboardist and leader Ivan Rozmainsky creates some wonderful melodies in the music of Roz Vitalis. They are not too avant to scare some people away but at the same time not sugary sweet and safe. "

"This music is highly intelligent and full of surprises without losing emotional aspects either. There's no doubt that Roz Vitalis is among the finest prog acts in Eastern Europe today."

"I do indeed hope that PSALM 6 becomes the gateway drug for some into the deeper ROZ VITALIS universe because this is a band of extraordinary talent and originality that never simply repeats the same exact ideas on any particular release."

"The best part of the EP is the contrast that is created between instruments especially in songs "Psalm 6" and "Prophet". Musicianship is excellent. I warmly recommend this album to those who like surprises and complexity in the music."

I am not an expert or in-depth-connoisseur of Roz Vitalis' music, but what I like about their sound is that it is in constant change, so you can go from experimental, avant-gard-ish tunes to symphonic moments in a blink, but always with a high quality. ... I have to be honest; I would have loved more trumpets on the album, but in the end, it is a pretty nice and not ordinary release that I am happy to have discovered.

"This is a new release from ROZ VITALIS, a band from Saint- Petersburg, Russia. The band really sounds centered more in the keyboards playing of Ivan Rozmainsky, so I think that it is mainly his musical project. Anyway, the credits for the musical compositions and arrangements are divided among some of the contributors of this E.P.-album for most of the songs.

In their bandcamp web page this E.P. album is described as "the concept EP-album about spiritual quest and emotional upheaval of human being in a situation of strong stress. The title track and "Passing Over" are designed to be in the forthcoming studio full-length album with some adjustments. "The Prophet" is the soundtrack to the very famous opus by poet A. S. Pushkin. This album is "a wholesale artistic statement" rather than "a bunch of songs". 33 minutes of sinking into the spiritual world of human being seeking truth in the times of trouble".

After this description, I really was expecting a very "stressed", "strained" and maybe "very dark" E.P.- album, but fortunately for me this was not the case.

A song by song description from me:

"Psalm 6": a song which starts with distorted guitars, bass and drums, playing a riff in unison, plus some trumpets which play a different melody. It later changes to a quiet part with organ, trumpet and flute melodies, accompanied by some drums, bass, piano and acoustic guitar. Later, there are an electric guitar part and a keyboard solo. Apparently this song also should have included some vocals, because in their bandcamp web page there is a link for some lyrics ("Psalm 6"), which are not sung in the recording. The band plays at the end the same heavy riff that started the song.

"Trattamento 1": a song only played with atmospheric keyboards parts and an electric piano (which sounds like a Fender Rhodes). It has a bit of a New Age music influences.

"The Prophet": another song with atmospheric keyboards, a bit of bass and electric guitar, and a trumpet solo. It sounds to me a bit "reflective" in musical content. Apparently, this song also should have included vocals, because there is another link in their bandcamp web page for them (a poem by Pushkin).

"Passing Over": it starts with piano and acoustic guitar. It also includes drums, bass, flute and trumpet in other parts of the song.

"Trattamento 2": similar in musical content to "Trattamento 1" but with a different arrangement. Also with atmospheric keyboards, it also includes flute. It ends with a gong and "reflective" keyboards.

This is a very melodic album, full of keyboards parts . An E.P. which sounds to me very introspective in musical content. It maybe sounds to me with some influences from BANCO DEL MUTUO SOCCORSO with the use of the trumpet and some arrangements, and also from some New Age music and Classical music influences (with the use of some Church Organ keyboard sounds parts), plus a bit of influences from Jazz-Rock music too. As a whole, it gives to the listener some very good "introspective"and relaxing moments, and the music also shows hope and strength despite having stress in life.

"Last year I got a message here on PA asking for a review for this EP. I had some problems with my internet and it took several months before I could listen to this Roz Vitalis release. I must say I was not eager to do it, since RIO/avant guard is not really my cup of tea. I´m much more into melodic "traditional" part of prog, if there is such thing. But, out of curiosity, I decided to listen to this record since they were so nice to ask. And I was quite surprised. Their music was not what I expected. It was much more accessible than I thought. Sure enough, there are numerous weird landscapes and dissonance, but what really caught my attention was their flair for the nice melody too. So I decided to spin it for a few more times and that confirmed my first impression.

The only band I can think of to compare Roz Vitalis approach towards music is King Crimson. Ok, they do not sound like KC al all, but RV is the only band I know that balances RIO/Avant Guard with melodic themes in such powerful manner. Like KC, Roz Vitalis mix in equal doses weirdness and familiarity, complicated passages with simple ones, the dissonance and the melody. The result is one of the most interesting instrumental albums I have heard in a long time, full of surprises. Sometimes Psalm 6 sound like a soundtrack album from a thriller movie (The Prophet), in others there are jazzy brass passages followed by a wailing, melodic lead solo backed by acoustic guitars (the title track).And all is very well performed. I must say that even in their most freakish and non-melodic moments their music still sounds interesting and genuinely creative, they seem to be adept of the philosophy of "less is more". not an exercise on pointless weirdness, like I heard so many times. The excellent production also help matters much. the songwriting is high point in here, as well as their clever arrangements: All tracks are very good and varied. Listening to this CD is quite a ride.

In the end I was captivated by this group led by keyboardist Ivan Rozmainsky. I found Psalm 6 to be a very fine CD and I´m looking forward to listen to their other works too. Russia is definitely delivering some of the best prog music around nowadays. If you, like me, is not really into Avant Guard music but has an open mind for new sounds, you should try this one. On the other hand, if you are a RIO fan but does not mind for some nice, discernible melodies in prog music once in a while, this record is recommended too.

"With hints of jazz, loads of melody, and a stronger move to the mainstream progressive field than many might expect, this is an album that will certainly intrigue many listeners who may not have wanted to listen to Roz Vitalis in the past. There is still plenty of space and tone within their music, and given that this is on Bandcamp why not wander over and give it a try?"

If you like our music and want to support our work, you can easily do so by donating any amount, on the basis of personal motives and capabilities. Our PayPal address: rozvit@list.ru

If you strongly want to get a link on a free download of "Psalm 6" by Roz Vitalis just write at the same e-mail - rozvit@list.ru

“Psalm 6” is the concept EP-album about spiritual quest and emotional upheaval of human being in a situation of strong stress. The title track and “Passing Over” are designed to be in the forthcoming studio full-length album with some adjustments. “The Prophet” is the soundtrack to the very famous opus by poet A. S. Pushkin.
This album is “a wholesale artistic statement” rather than “a bunch of songs”. 33 minutes of sinking into the spiritual world of human being seeking truth in the times of trouble.

Trumpets on [1] arranged by Danila Danilov

Cover design and layout by Ruslan Kirillov and Elizaveta Chekalina

Very Big Thanks to THE UNAPRROACHABLE LIGHT